Apart from this article, I also gave a talk at
OHM2013 about this subject.
The video of that talk (minus the first few minutes) is now
online. 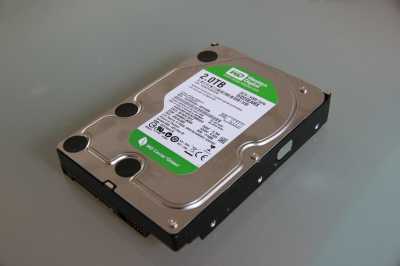 Hard disks: if you read this, it’s pretty much certain you use one
or more of the things. They’re pretty simple: they basically present
a bunch of 512-byte sectors, numbered by an increasing address,
also known as the LBA or Logical Block Address. The
PC the HD is connected to can read or write data to and from these
sectors. Usually, a file system is used that abstracts all those
sectors to files and folders.

If you look at an HD from that naive standpoint, you would think
the hardware should be pretty simple: all you need is something that
connects to a SATA-port which can then position the read/write-head
and read or write data from or to the platters. But maybe more is
involved: don’t hard disks also handle bad block management and
SMART attributes, and don’t they usually have some cache they must
somehow manage?

All that implies there’s some intelligence in an hard disk, and
intelligence usually implies hackability. I’m always interested
in hackability, so I decided I wanted to look into how hard disks
work on the non-mechanical level. Research like this has been done
before for various bits of hardware: from PCI extension cards to
embedded controllers in laptops to even Apple keyboards. Usually
the research has been done in order to prove the hackability of these
devices can lead to compromised software, so I decided to take the same
approach: for this hack, I wanted to make a hard disk that could bypass
software security.

Our Intellectual Property Laws Are Out of Control (2013)