Show HN: Hacker News front page in the style of a print newspaper

This looks much nicer if you enable JavaScript.

Life is 90% of my use cases for org-mode

stormrider.io — To really explain why I use org-mode for everything, I probably first have to explain my rules, which also requires a backstory. I’ll keep it short, no problem. LIFE, 1

Finishing a side project

hugozap.com — It’s no secret that finishing a side project is hard. FINISHING, 2

Why Does DARPA Work?

benjaminreinhardt.com — This is hopefully only the beginning of a larger project! WHY, 3 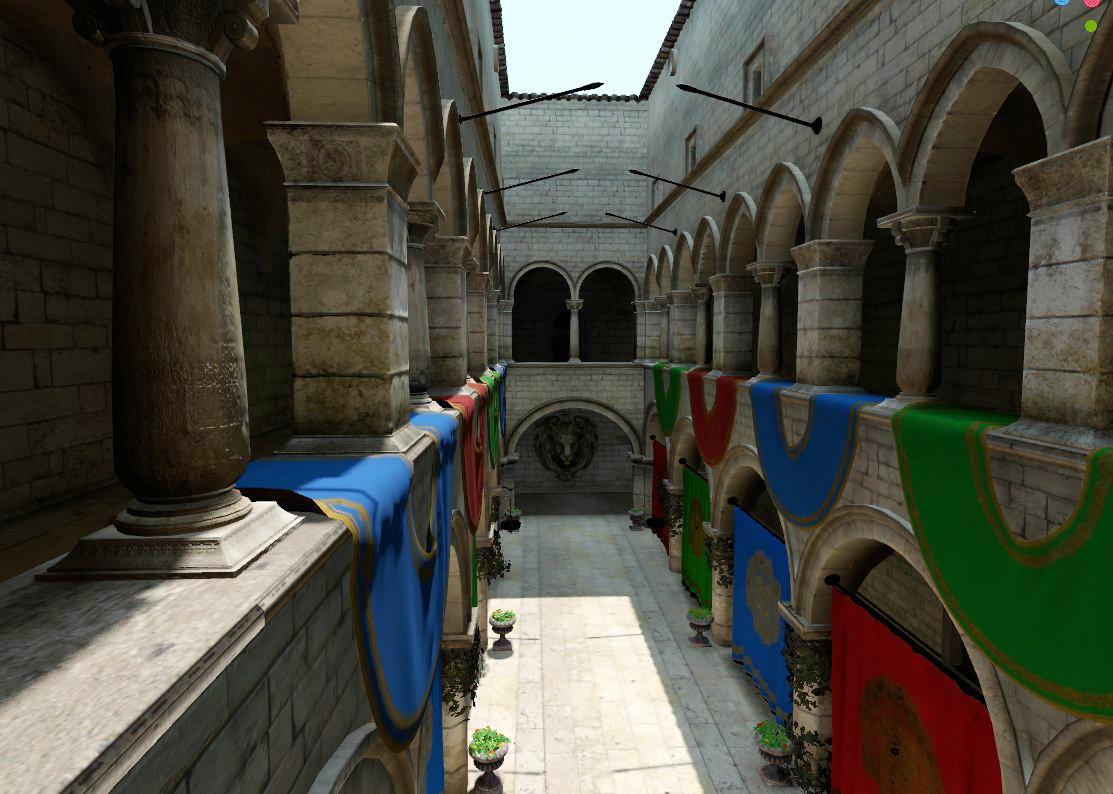 godotengine.org — As work progresses on Godot 4.0 at a steady pace, a new and novel method of creating full-scene global illumination has been added in the master branch. GODOT, 4

pseudorandom.com — I explore several sophisticated approximation techniques for implementing the exponential function, $f(x) = e^x$, including Taylor series approximation, Lagrange interpolation, Chebyshev interpolation, Carathéodory-Fejer approximation and MiniMax approximation. This also serves as a more general introduction to the use of these methods for approximating other functions. In the process I walk through the relevant theory for each method and apply numerical analysis to navigate various forms of error. I also include my own Python and C++ implementations of each algorithm in double precision11: Note that the implementations included here will both output and calculate in double precision. We can still apply sophisticated methods in this setting, but as a general rule you’ll need higher interme… IMPLEMENTING, 5 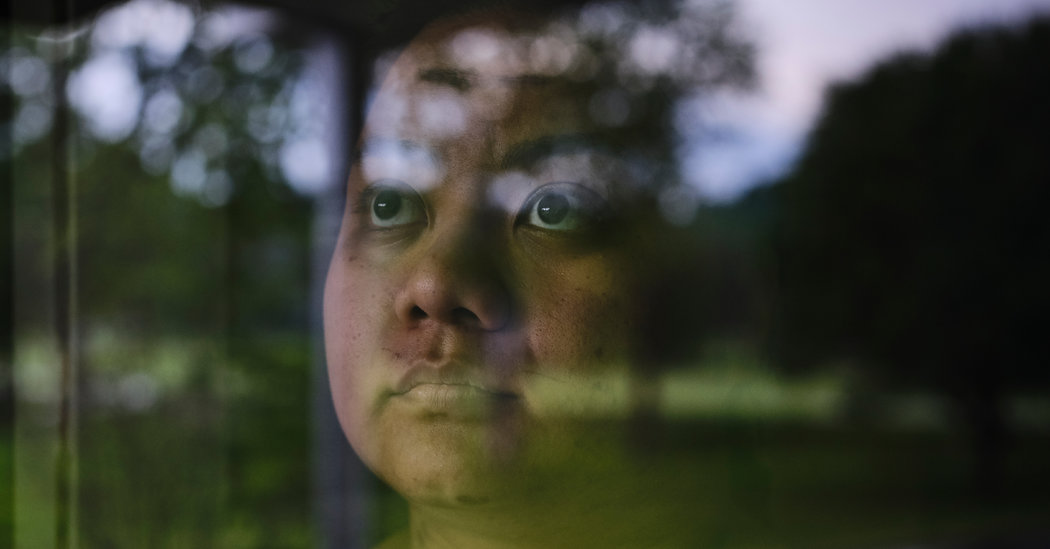 Many Covid Patients Have Terrifying Hallucinations and Delirium

nytimes.com — Paranoid hallucinations plague many coronavirus patients in I.C.U.s, an experience that can slow recovery and increase risk of depression and cognitive issues. MANY, 6

reuters.com — NEW YORK (Reuters) – Chesapeake Energy Corp (CHK.N) filed for Chapter 11 on Sunday, becoming the largest U.S. oil and gas producer to seek bankruptcy protection in recent years as it bowed to heavy debts and the impact of the coronavirus outbreak on energy markets. SHALE, 7 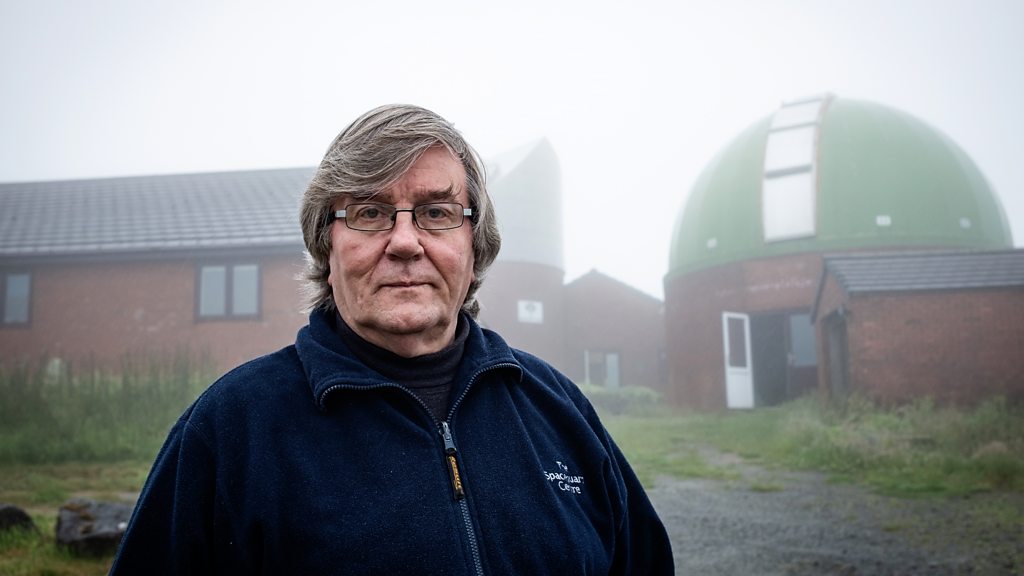 bbc.com — Perched on top of a remote, wind-swept hill in rural mid-Wales sits a series of structures designed to protect us against “one of the most significant risks to human civilisation”. WORKING, 8

USPS sells nearly $20B worth of money orders a year

federalreserve.gov — The daily average volume and average daily value of items are based on the number of business days in each quarter.1 USPS, 9

Was Acorn’s RISC OS an under-appreciated pearl of OS design? 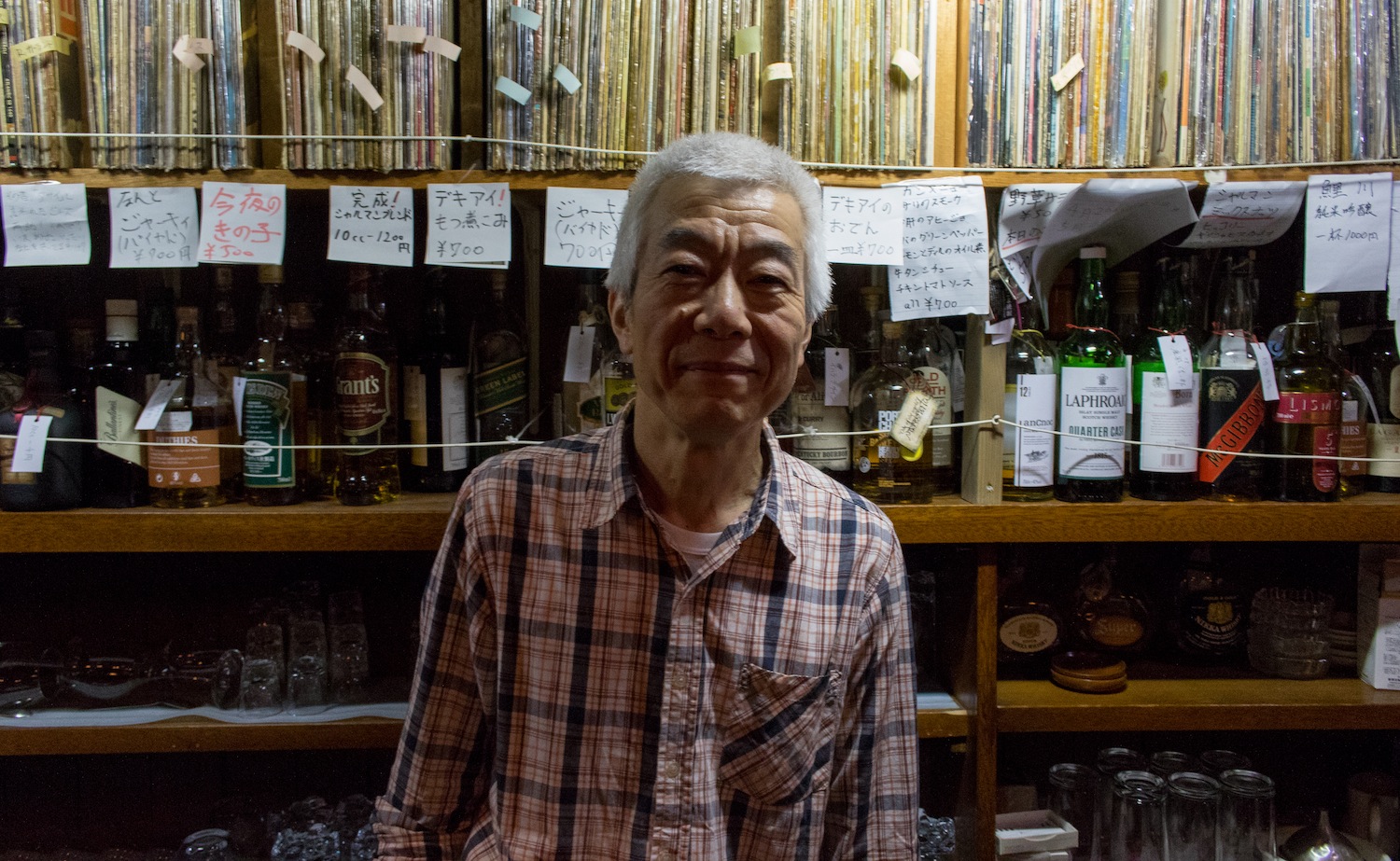 thevinylfactory.com — Tokyo Jazz Joints is a visual chronicle of an insular world, where time ceases to exist; spaces removed from the speed and chaos of the modern urban landscape. Sanctuaries for jazz enthusiasts where the music is played on vinyl through aging sound systems, these bars or kissaten are slowly disappearing. VISUAL, 11 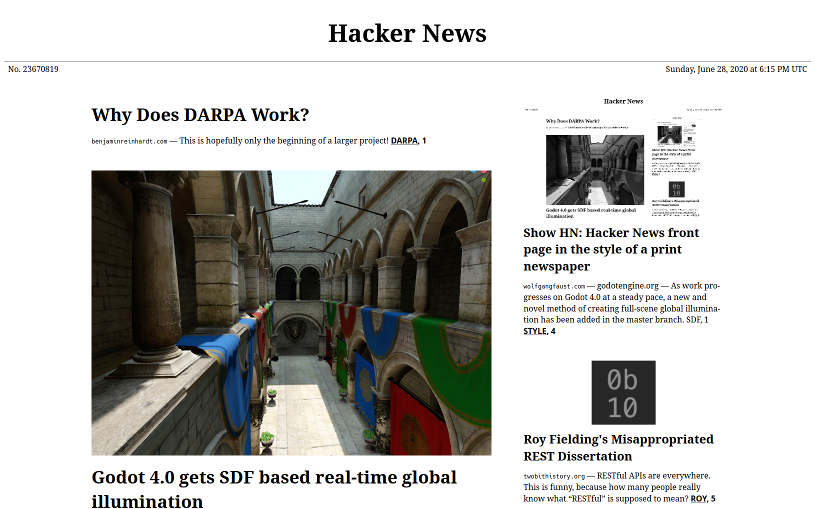 Show HN: Hacker News front page in the style of a print newspaper

wolfgangfaust.com — stormrider.io — To really explain why I use org-mode for everything, I probably first have to explain my rules, which also requires a backstory. I’ll keep it short, no problem. 90%, 1 HACKER, 12

Controversies and Challenges in fMRI (2018)

thebrainblog.org — Functional MRI is unique in that, in spite of being almost 30 years old as a method, it continues to progress in terms of sophistication of acquisition, hardware, processing, in our understanding of the signal itself. There has been no plateau in any of these areas. In fact, by looking at the literature, one gets the impression that this advancement is accelerating. Every new advance opens the potential range where it might have an impact, allowing new questions about the brain to be addressed. CONTROVERSIES, 13 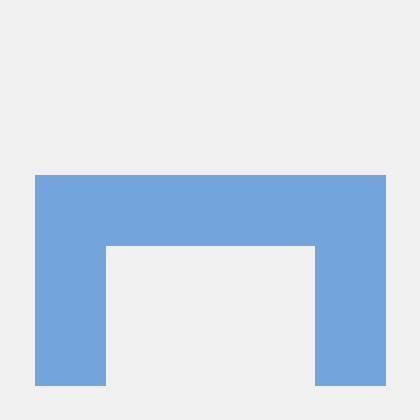 learningbyshipping.com — Apple’s announcement of “Apple Silicon” is important for many reasons. Delivering on such an undertaking is the result of remarkable product engineering. An annotated thread… APPLE, 15

beepb00p.xyz — Promnesia is a browser extension (Chrome/Firefox/Firefox mobile) that serves as a web surfing copilot by enhancing your browsing history, improving your web exploration experience, and integrating with your knowledge base. PROMNESIA, 16

twobithistory.org — RESTful APIs are everywhere. This is funny, because how many people really know what “RESTful” is supposed to mean? ROY, 17

Werner Herzog: ‘Film-making is always some sort of risk-taking’

ft.com — Then $67.00 per month.New customers onlyCancel anytime during your trial WERNER, 18 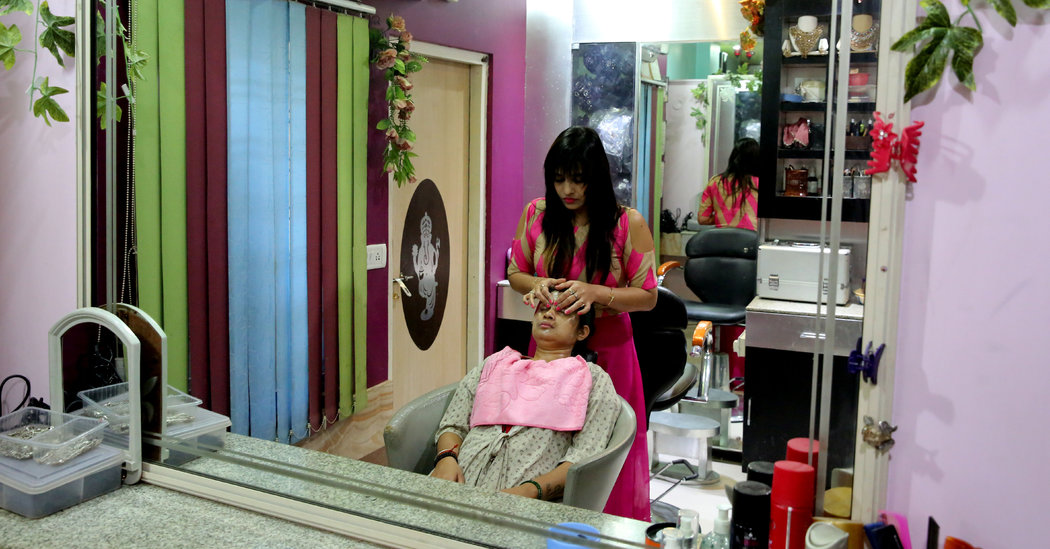 nytimes.com — America’s intense conversation on race has focused attention on a type of discrimination that has long vexed India. INDIA, 19 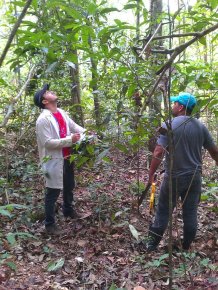 Innovation by ancient farmers adds to biodiversity of the Amazon, study shows

exeter.ac.uk — Innovation by ancient farmers to improve soil fertility continues to have an impact on the biodiversity of the Amazon, a major new study shows. INNOVATION, 20 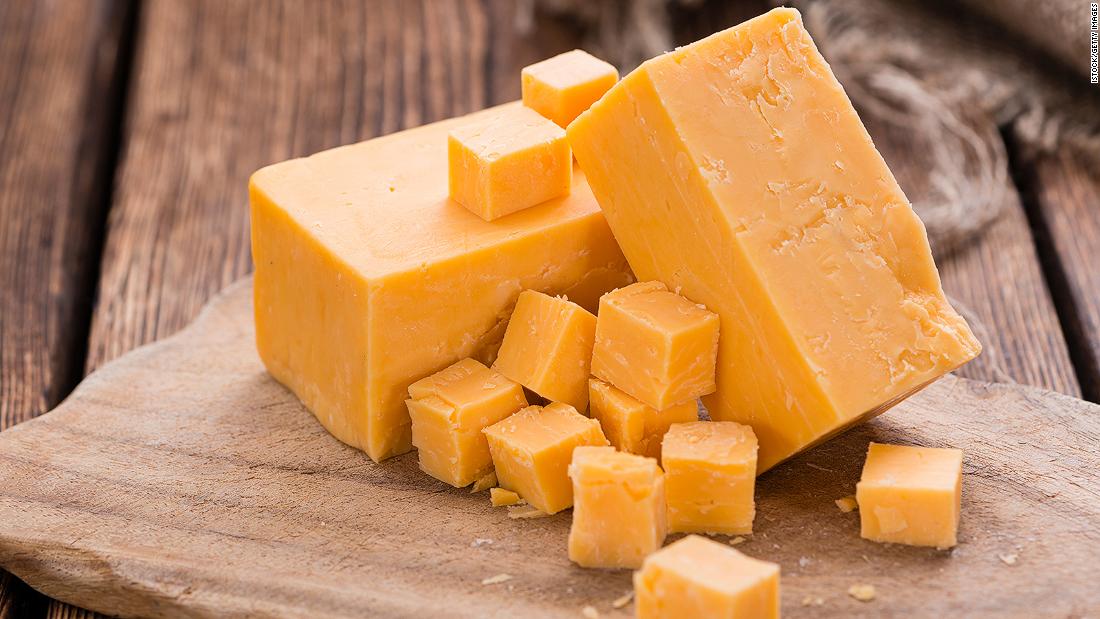 cnn.com — (CNN) — Green-carpeted hills roll away from Maryland Farm in Somerset, England, where a man named Daniel Barber began making farmstead cheese in 1833. Nearly 200 years later, his family’s Barber’s Farmhouse business is still going strong, now the oldest cheddar-maker in the world. “The valley we’re in here is one of the most fertile and densely used dairy areas in the UK,” says Barber’s Farmhouse managing director Giles Barber, who is Daniel Barber’s great-great-great-grandson. “We’ve got many small farms, and most of them are still owned by individual families.” Fifteen miles away is the village of Cheddar itself, where early cheese makers used limestone caves and gorges as natural refrigerators. (While the village gave cheddar cheese a name, historians say the cheese style developed regi… CHEDDAR, 22 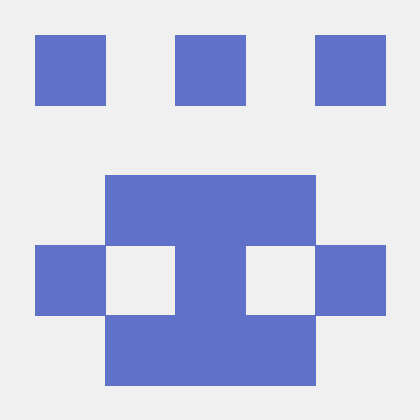 smithsonianmag.com — As a young naturalist growing up in the Deep South, I feared kudzu. I’d walk an extra mile to avoid patches of it and the writhing knots of snakes that everyone said were breeding within. Though fascinated by the grape-scented flowers and the purple honey produced by visiting bees, I trembled at the monstrous green forms climbing telephone poles and trees on the edges of our roads and towns. KUDZU, 24

Software should be designed to last

substack.com — Let’s start with a heads up, the reflection I am going to share in this publication may not be to everyone’s liking, but it is a topic I want to open up a debate on. SOFTWARE, 25

medium.com — This is a brief for the research paper A Principled Approach to GraphQL Query Cost Analysis, published at ESEC/FSE 2020. Alan Cha led the work, with help from Erik Wittern, Guillaume Baudart, me, Louis Mandel, and Jim Laredo. Most of these authors are affiliated with IBM Research or IBM’s product teams, as part of IBM’s ongoing involvement with GraphQL. PRINCIPLED, 26

virtuallyfun.com — (This is a guest post by Antoni Sawicki aka Tenox) WANTED, 27

Foam – A Roam Research alternative with VSCode, Markdown and GitHub

Flexport is hiring engineers in Amsterdam (we’ll get you a visa) flexport.com

How we got our AWS bill to around 2% of revenue

CH Show HN: Writing a VM for a Small Stack-Base Language in Pointless

LinkedIn is copying the contents of my clipboard on every keystroke

A researcher on how to live a happy life

Zuckerberg: advertisers will be back to Facebook ‘soon enough’